According to Arab media, trade associations in several Arab countries have announced a boycott of French products in protest of Macron’s anti-Islamic remarks.

The campaign on social media is calling for a boycott of French products from supermarkets in Arab countries and Turkey, with a campaign in English with #BoycottFrenchProducts.

In addition, Kuwait, Qatar, Palestine, Egypt, Algeria, Jordan, Saudi Arabia, and other countries are also campaigning with Arab hashtags. The chairman of Kuwait’s Al-Naeem Cooperative Society said he had decided to boycott French products and remove French products from all supermarkets.

The University of Qatar has also decided to participate in the boycott French Products campaign, saying that the university’s management has immediately canceled the French Cultural Week, while the university has declared President Macron’s action deliberate.

The Gulf Cooperation Council (GCC), an organization of Gulf states, also called the French president’s statement irresponsible and said Macron’s aim was to spread hatred among the people. 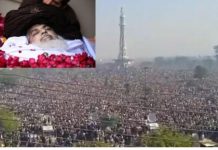